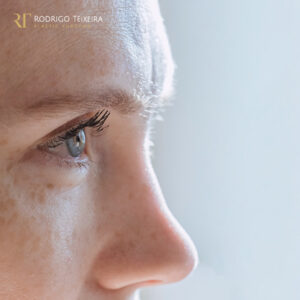 The nose is a prominent feature on a person’s face and an important element that adds to an individual’s aesthetics. Concerns with the size and shape of the nose can alter the overall facial appearance, consequently rhinoplasty is one of the most sought after plastic surgery procedures. Although the success rate of this surgery is relatively high, as with all surgeries there are risks of complications. Well informed clients will have more realistic expectations and understanding of their surgical journey. In this blog we are going to discuss the possible risks, as well as the factors directly related to some of the possible complications in surgery of the nose.

The outcome of a nose job is not evident immediately after the surgery, and the shape of the nose will change significantly over the first 12 months. The nose is a quite complex anatomical structure with many different types of tissues and the constitution of those tissues is different in every person. In addition, there are factors that cannot be fully controlled by the patient and their surgeon such as the manner in which each one’s body heals after surgery. On the other hand, there are factors that may have a direct impact on the results, such as how the operation is carried out, and in that case the skill and experience of the surgeon will count. Some of the most common problems encountered are deformities or irregularities that persist even after surgery or recurrence of nose deviation. Due to the delicate nature of the nose, preservation of the tissues is paramount and most surgeons will refrain from carrying out multiple revisions as the risk of surgery may outweigh the benefits.

There are certain types of deformities that create problems in breathing, which prompts the individual to opt in for surgery as a means of gaining relief. Unfortunately, sometimes cosmetic surgery can decrease the area of the nasal passages, subsequently creating a new set of breathing issues. Furthermore, surgery may not completely correct irregularities such as nasal dorsum and septum deviations leading to partial recurrence of nasal deviation and asymmetry. In other cases, surgery could lead to the collapse of some of the anatomical structures of the nose. Rhinoplasty could also lead to altered mucosal function and sensation which can give the impression of the nose being blocked. Snoring and mouth breathing are also often reported, but most often are not resolved with rhinoplasty due to multifactorial aetiology.

Hyperpigmentation is induced by the increase in melanin production, which in turn is influenced by a number of different factors. Over exposure to sunlight, hormonal changes, inflammation, stress and age are some of the common triggers. If a patient is predisposed to darker pigmentation in the lower eyelids, then there is a fair chance of worsening of the hyperpigmentation after rhinoplasty. If you have a history of hyperpigmentation, make sure you discuss it with your surgeon before surgery. It must be noted that developing discolouration under the eyes can also be attributed to bruising, which over time will subside. 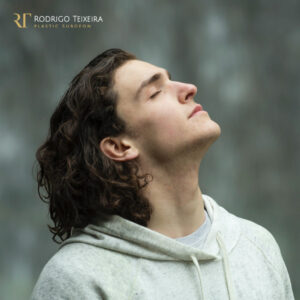 Formation of Tiny Bumps and Lumps

Bumps and irregularities often emerge after surgery. The bumps could be scar, prominent tissue such as bone and cartilage, suture material and swelling of the nasal tissues. Patients with prominent dorsal humps might need more than one surgery to achieve a smooth contour and it can recur, especially in nose preservation / push down techniques. As bumps can vary in size, larger bumps might need revision surgery. Whereas smaller irregularities or bumps generally resolve over time. Sometimes gently massaging the area can rectify bumps caused by scar tissue and swelling. Never apply too much pressure as this can break sutures or shift the underlying cartilage. If the lumps are caused by excessive oedema, the swelling can be controlled by steroid injections. Bumps can also be caused by infections or blood clots, these are not common but can be treated by your surgeon.

A number of patients report swelling in the nasal tip after rhinoplasty. This causes some alarm, as people assume that something has gone worng with the surgery but rest assured, it is absolutely normal to experience a degree of swelling and numbness. The tip of the nose is composed of thicker skin and tissue in comparison to the other parts of the nose, so the swelling takes longer to subside than it does elsewhere. While most of the swelling resolves within a few weeks, the swelling in the nose tip normally takes up many months to subside.

Although infections are not a commonplace occurrence during rhinoplasty, the possibility of its appearance post-surgery cannot be disregarded. Infection is more common when there are precipitating factors such as haematoma, contamination, weak immunity and poor tissue perfusion. It is important to know that nasal surgery is not done in a perfectly sterile environment as the internal nasal tissues are colonised by bacteria. For that reason, the use of prophylactic antibiotics is routine and the antibiotics prescribed to you by your surgeon should provide adequate protection to curb infection. Bleeding is another issue that is often reported. To prevent undesirable drug interactions which can induce bleeding, make sure you report the entire list of medications, vitamins and supplements you take to your surgeon before undergoing surgery. Blood thinners and some herbal supplements should be ceased before after the surgery as this interferes with blood clotting and induces bleeding.

Despite careful handling of the tissues and meticulous suturing, excessive scar tissue may appear. Consequently, scars may appear dark, raised, lumpy and become quite prominent. Keep in mind that there will be quite a significant amount of swelling after the surgery. This should naturally subside after a few weeks and does not mean that there is bulky internal scarring. Bruising is also common after surgery and should naturally resolve itself after about 7-10 days. It can be treated with creams if more severe or prolonged. Ultrasonic, or piezoelectric bone cutting, appears to reduce the amount of swelling and bruising. Sleeping in an elevated position, eating healthy, refraining from smoking and alcohol are some of the preventive actions that you can take to optimise your recovery and results.

Patient safety and satisfaction is taken very seriously by me and my team. We are committed to offering you excellent care throughout your treatment and helping you achieve the results you aim for. I hope that this blog has been useful and has given you more information about the factors associated with rhinoplasty. Have more questions? Don’t hesitate to reach out to me and book an appointment.